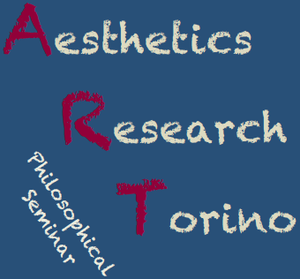 The problem of whether art is a form of knowledge is as old as philosophy itself and has had contradictory answers throughout the different eras and their varied historical and cultural contexts. Today this question finds a new context that forces us to rethink the old question in the face of cultural realities different from those of the past. For less than twenty years, under the label of "artistic research", numerous artistic practices have been gradually grouped together, while numerous training institutions in the field of the arts have been vindicating themselves under its concept. Their common denominator is that artists are researchers whose activity consists of producing or generating knowledge. The object of these research practices can be any subject, but some of them address common issues related to history and memory, inequality and poverty, violence, gender, health, perception, and many others. An artistic research project yields a certain type of knowledge about the subject on which it has been investigated. Thus Hito Steyerl investigating the history of a central building in Linz or the free ports of art in certain airports; Pedro G. Romero investigating the iconoclasm in Spain or the torture cells in the Chekas of Barcelona; the Forensic Architecture group on animal killings, murders and genocides; or Alex Arteaga investigating the generation of intelligibilities in architecture. We are then faced with a plethora of examples that raise again the old questions: In what sense is it really research when it comes to artistic research? Is it really knowledge that we find in these artistic projects? Do they produce different types of knowledge? Is it knowledge analogous to science? Where is art in artistic research? Are there genuine research results or is it something else? Are there real research methodologies? All these issues must be seriously addressed by philosophical aesthetics, all the more so since our artistic training institutions both in the visual arts and in the field of design and the performing arts, are training the new hordes of future creators in discourse and research practices, and in the future such a concept will absolutely prevail, as is already the case in the Scandinavian countries, Great Britain, Switzerland, Austria, Belgium and the Netherlands, Australia or New Zealand. This book aims to be a contribution to the task of conceptual clarification of the present of contemporary art while pointing out new answers to some of the old questions of the philosophy of art.

Born in Barcelona, Spain in 1954, Gerard Vilar studied philosophy in Barcelona, Frankfurt, and Constance. He also was a DAAD and Humboldt scholarships holder in Germany with J. Habermas and A. Honneth.  His first faculty position was in the Department of Theory and Composition of the ETS of Architecture of Barcelona (1981-1986).  Since 2002 is Full Professor in Aesthetics and Arts Theory at the Philosophy Department of the Autonomous University de Barcelona. Director of the Eina/UAB Research Master in Art & Design since 2013: https://www.eina.cat/en/masters-and-postgraduate/official-masters-research-master-art-design.His last books are Desartización.Paradojas del arte sin fin (2010), Precariedad, estética y política (2017),  Lyotard: Estètica i Política (2019), and Disturbios de la razón. La investigación artística (2021). He is president of the Spanish Society for Aesthetics since 2017: http://www.seyta.org/junta-directiva/.

ART (Aesthetics Research Torino) is a periodic philosophical seminar organized by the Department of Philosophy and Educational Sciences of the University of Turin and the PhD Program FINO.